Where does my money go?

Learn more about this hospital

Donate To This Campaign

Giving back is a priority in the RE/MAX® culture.

We are passionate about our partnership with Children's Miracle Network Hospitals. All across North America, the RE/MAX network is actively making a difference in their local communities by volunteering, donating money and ultimately, changing lives. Since 1992, RE/MAX agents have helped CMN Hospitals support millions of kids each year.

RE/MAX of Michigan is continuing this support in 2021 during our Regional Conference with a 21K Challenge. RE/MAX of Michigan challenges you, RE/MAX Affiliates, to raise $10,500 for CMN today, and we will match up to $10,500 in donations for a total of $21,000! By funding children's hospitals, we can transform how we meet the urgent needs brought on by COVID-19, while also maintaining an exceptional standard of care and preventing and preparing for health challenges to come.

When we change kids' health, we change the future - for all of us.

Join RE/MAX of Michigan to support our local children's hospitals:

Brenden has always been a very healthy and active child. He played soccer, basketball and football. He loved to climb trees, swim, play with his 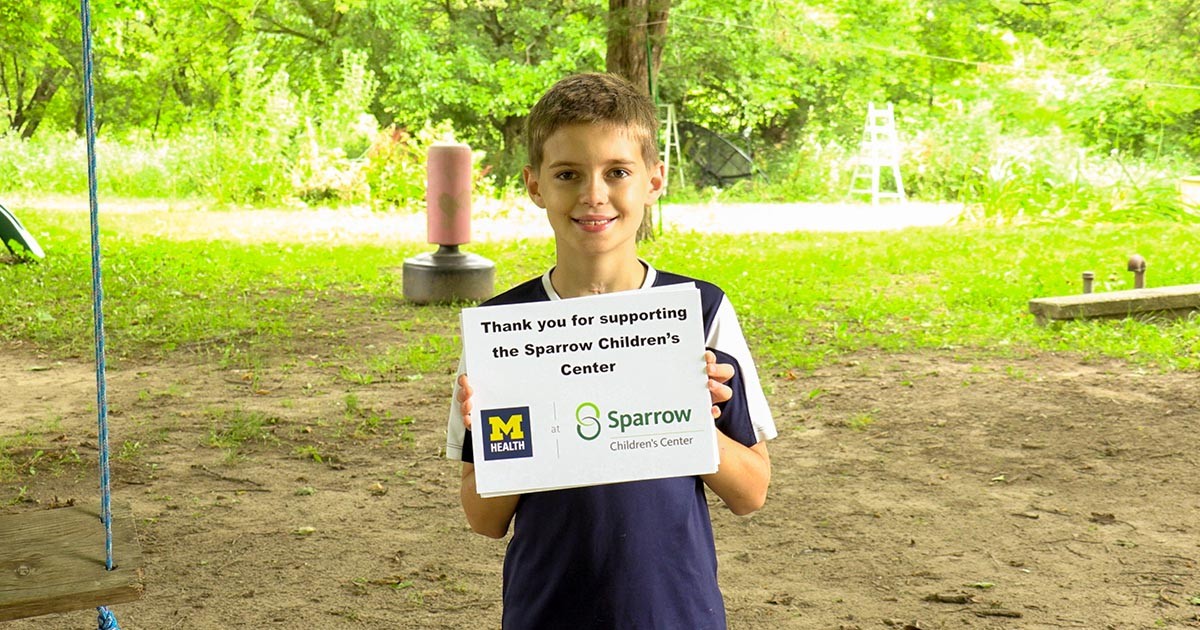 brothers and sisters, and ride his bike. He was just your average 9-year-old boy. Then, on December 9, 2018, our lives were turned upside down. It was a typical Sunday afternoon; we returned home from church, decorated our Christmas tree, and then the kids went upstairs to play. Around 3:00pm, I received a text from our neighbor across the street asking if the boys wanted to come over and play. Brenden and his brother Collin were excited to be with their friends and went over to play. Just a little before 4:00pm, Brenden returned home to grab his tablet. My husband Richie got home from the store with our youngest son, Nathan, who wanted to go play at the neighbor’s house as well. Brenden was told he had to wait and walk his brother across the street—so he waited outside until Nathan came out. The next thing we know we heard the noise that still causes my heart to stop: the horrible sound of screeching tires. Richie raced out the door, with me just a few steps behind. When I got outside, I saw Nathan standing on the side of the road and a huge sigh of relief swept over me—that is until I realized that our Brenden was crumpled up not moving in the middle of the street. All I could think was that my baby boy was going to die… lying on that cold, hard, road.

When we finally made it to Sparrow, we were met at the doors of the ambulance bay by so many faces and they swept my baby boy away. He was immediately rushed to surgery, during which they found that Brenden’s liver had been lacerated, as well as severe damage to his heart and lungs. He was also bleeding so badly that he bled out his entire blood volume. At one point, he had no blood left in his body and his heart stopped beating. His heart actually stopped for over 20 minutes, at which time the cardiologist held my son’s heart in his hands and manually pumped it to keep him alive. Brenden had less than a one percent chance of survival. In all, he had a skull fracture, shattered both jaw joints, split his top jaw in half, his bottom jaw was shattered into six pieces, both of his femurs were severely broken, and he lost three adult front teeth. He also had a collapsed lung, a hole in his heart, they had to remove his spleen, he suffered damage to his kidneys and colon, and a severe laceration to his liver that did not want to stop bleeding. The Trauma Team took him to radiology and put a coil in his liver which finally stopped the bleeding. The liver that wouldn’t stop bleeding was the biggest factor that almost took my son’s life that day. 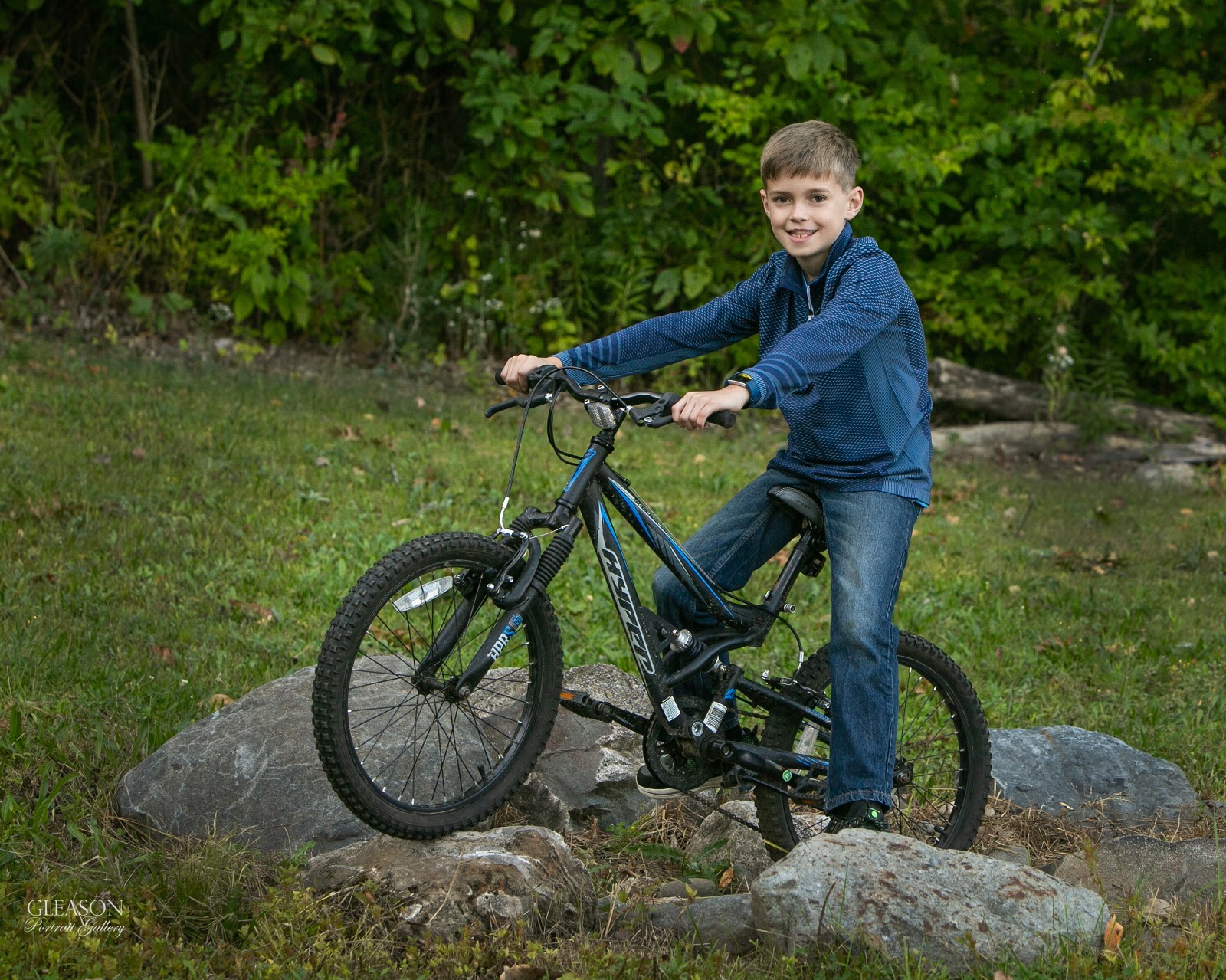 He survived surgery that night and finally made it to the PICU where he would spend the next 30 days in critical condition. We met some of the most amazing people at Sparrow--without whom our son would not be here today. Everyone was very professional, and it was apparent that Brenden’s health was their utmost concern. As he progressed, they not only treated his body, but they treated him like a child who still needed to be able to act like a child. In all, Brenden had six surgeries to repair his body with two additional surgeries taking place in later months to remove hardware from his jaw and legs. Sparrow caregivers not only took care of Brenden, but they went above and beyond for our entire family. We had wonderful homecooked dinners brought to us from nurses. Since we were spending Christmas in the hospital, they even collected Christmas presents for all five of our children. The day Brenden was discharged, so many Caregivers came to his room to say goodbye. There were happy tears and a few “we’re going to miss you” tears. It was evident we had a family gathered there with us—they were no longer strangers who were doing a job, Sparrow caregivers became a part of our family who loved and cared for us in every way they could.

Brenden entered the ER on December 9th with less than a 1% chance of survival. Thanks to the expertise and love of everyone at Sparrow, he left the PICU on January 8th – 100% a miracle!

Pledge to give back to your local CMN Hospital and boost your business by becoming a RE/MAX Miracle Agent. Visit BeAMiracleAgent.com Today.

Get The Word Out